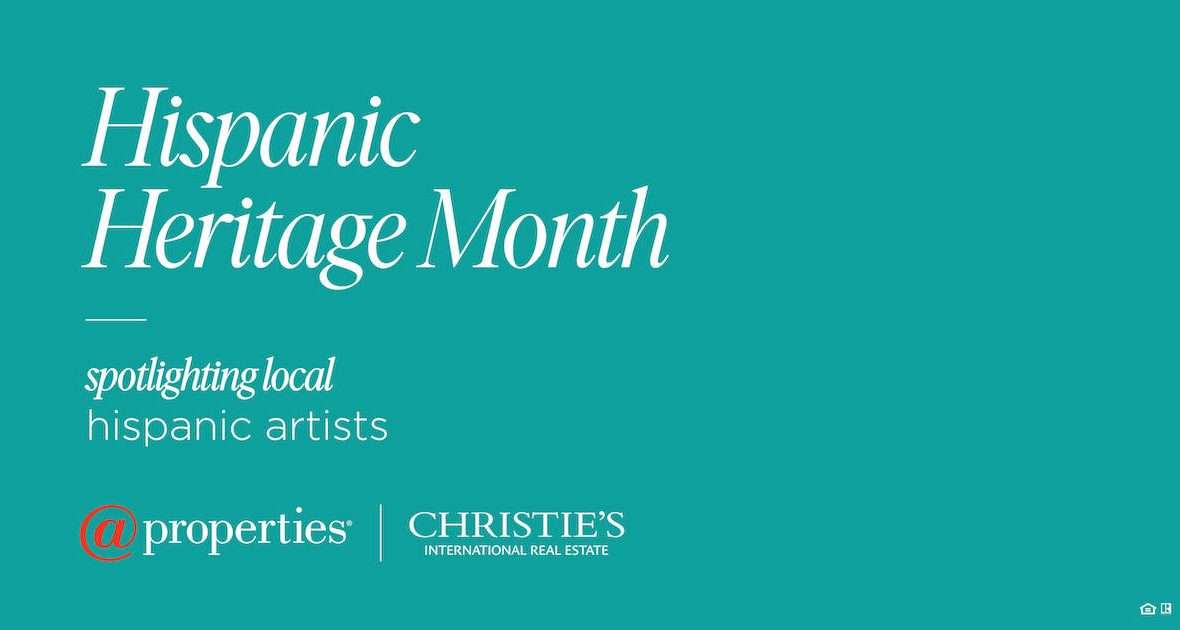 With Hispanic Heritage Month underway, @properties Christie’s International Real Estate is proud to observe this cultural tradition in our hometown of Chicago and beyond. Join us as we highlight six local artists who use their mediums to pay homage to the Hispanic community.

A Chicago native, Ruben Aguirre uses his talents on what he calls “underutilized infrastructure,” producing murals in the Chicago area, across the U.S., and abroad. His compositions aim to reference the socio-historical background of each site location while re-imagining public space, patterns, and color fields. In addition to exhibits at the Chicago Cultural Center and Hyde Park Art Center, his works have been commissioned for clients including Google and Adidas.

Arturo Fresan channels his talents through a variety of mediums including illustration, art direction, and music. Working primarily in acrylics, his work has been featured in Hispanic art exhibitions in Chicago, Cleveland, New York City, and Mexico City. Additionally, Fresan has produced and handled art direction for several independent bands. 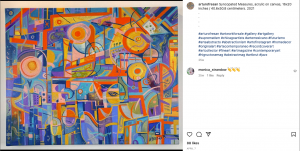 Currently an art professor at the University of Illinois at Chicago, Dianna Frid creates with textiles. She uses embroidery as a prominent vehicle for exploring the relationships between writing and drawing while examining the overlap of transcription, translation, and legibility. Her work has been exhibited around the world and she has received numerous grants to aid her cultural contributions to Chicago and other cities.

A contemporary artist working in three-dimensional mediums, Edra Soto has lived in Chicago since 1998 and received her Master of Fine Arts from The School of the Art Institute of Chicago. Her works can be found throughout the city including a public art commission currently on view at Millennium Park. Her most recent work, Flourish, is featured at the Chicago Botanic Garden in honor of its 50th anniversary.

Citing Pablo Picasso as an influence, Jose Lerma says he makes art about painting. In addition to using paper and canvas, he has drawn and painted on more obscure surfaces including carpeting and towels. Portraits of male figures recur in his works – both recognizable and obscured. His work has been showcased at exhibitions in Chicago, New York, and Los Angeles. 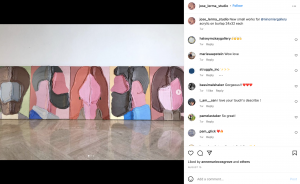 Better known as Zena, Delilah Salgado is a multidisciplinary artist born and raised on Chicago’s southwest side. Referring to her talent as “artivism,” she creates shows and events that are inclusive to families and the LGBTQ+ community. Much of her work can be found on neighborhood murals. Currently, she is cultivating a body of work for her solo show based on mythologies, dreams, and nature.

For an extensive compilation of Hispanic artists, look no further than the National Museum of Mexican Art located in Chicago’s Pilsen neighborhood. The museum houses a permanent collection of Mexican art, along with performing arts programs, high quality arts education programs and resources, and professional development for Mexican artists.