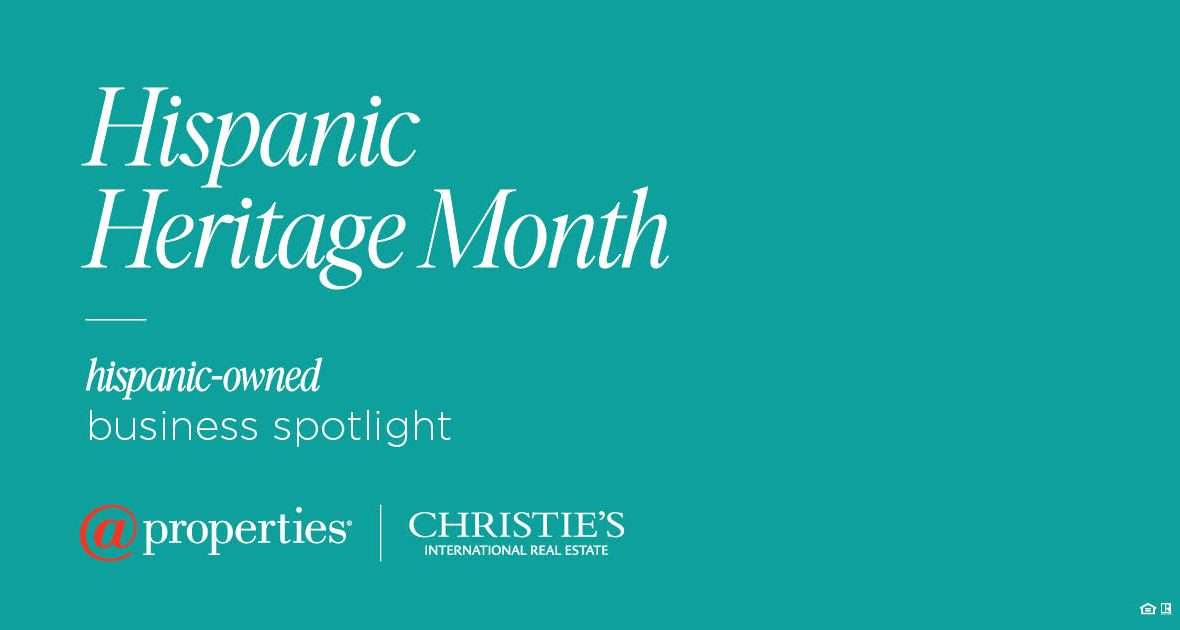 The Chicagoland area is home to various businesses that recognize their Hispanic roots year-round. But as Hispanic Heritage Month kicks off, @properties Christie’s International Real Estate is pleased to showcase these local favorites. We hope you get a chance to stop in and experience all they have to offer.

Owned by husband-and-wife team Antoine and Arianna Scott, Atmos Coffee opened in late 2020 offering only grab-and-go service. Now the neighborhood favorite is a full-service coffee shop, and the couple prides themselves on their job readiness program for Black and Latino youth. Made with Colombian espresso, Mexican chocolate, cinnamon, and cayenne pepper, Abuelita’s Latte is a favorite item on the Humboldt Park shop’s menu.

A native of Mexico City, owner Soraya Rendon realized a life-long dream when she opened Chilam Balam. Featuring Mexican small plates with a farm-fresh twist, the BYOB restaurant is in the heart of Chicago’s East Lakeview. Guests can experience a variety of authentic Mexican cuisine including guacamole, empanadas, and grilled skirt steak. 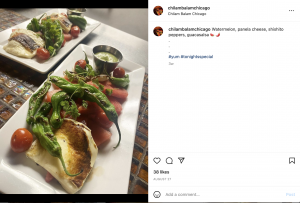 Known as Chicago’s “first and only Costa Rican restaurant,” Irazu was opened in 1990 by Gerardo and Miriam Cerdas. Now run by their son, Henry Cerdas, the Bucktown favorite is known for its genuine Latin vibe and relaxed “pura vida” experience. From tacos to empanadas and burritos, the extensive menu is filled will homemade options.

Diana Davila is the chef and owner of Mi Tocaya Antojeria and through her menu, she shares a slice of her Mexican heritage. The Logan Square restaurant features a progression of small, medium, and large plates composed of Davila’s favorite regional specialties and new dishes she is always creating.

In 2013 Carlos Gaytan became the first Mexican Chef to receive a Michelin star at Mexique and went on to open Tzuco in 2019. In conjunction with Mexican Independence Day, the restaurant is currently celebrating its third anniversary with a 5-course dinner and wine pairing. The upscale River North restaurant tells the story of Gaytan’s life through his culinary creations and unique space. 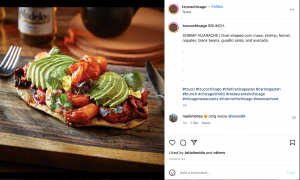 Osito’s Tap is a Little Village speakeasy located behind Moreno’s Liquors, both owned by Mike Moreno. Its brick walls, tin ceiling and wood floors give it an authentic, old-school feel, while behind the bar they pour hundreds of different spirits, including many small-batch tequilas and mezcals that can’t be found anywhere else in the country. The menu offers traditional Mexican bites, and each Sunday a full brunch menu is available.

Established in Mexico in 2012, La Borra Café has since grown to include over 70 stores in its native country, and their extensive menu of Mexican-sourced artisanal coffee blends can be enjoyed at six Chicagoland locations. They are also well-known for their fresh baked sweet pastries and savory tortas.

The Medrano siblings moved from Tijuana, Mexico to Chicago in 2000. Since then, they have opened Brew Brew Coffee and Tea locations in the Avondale and Pilsen neighborhoods. Both cafes offer an environment and menu that reflect their Mexican roots. In addition to latte, espresso, and green teas, Brew Brew features pastries and tortas. 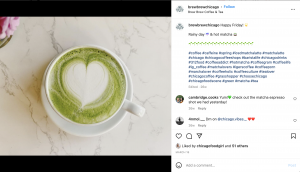 A mainstay in Albany Park, Plant Shop Chicago was established by Ozzy Gamez as a way to deepen his cultural connection to his Latino family. Gamez grew up around plants in his native Belize and rediscovered his love for them since moving to the states. The shop carries an array of houseplants to fit any lifestyle or environment.