For The Love Of Summer Sweepstakes + Official Rules 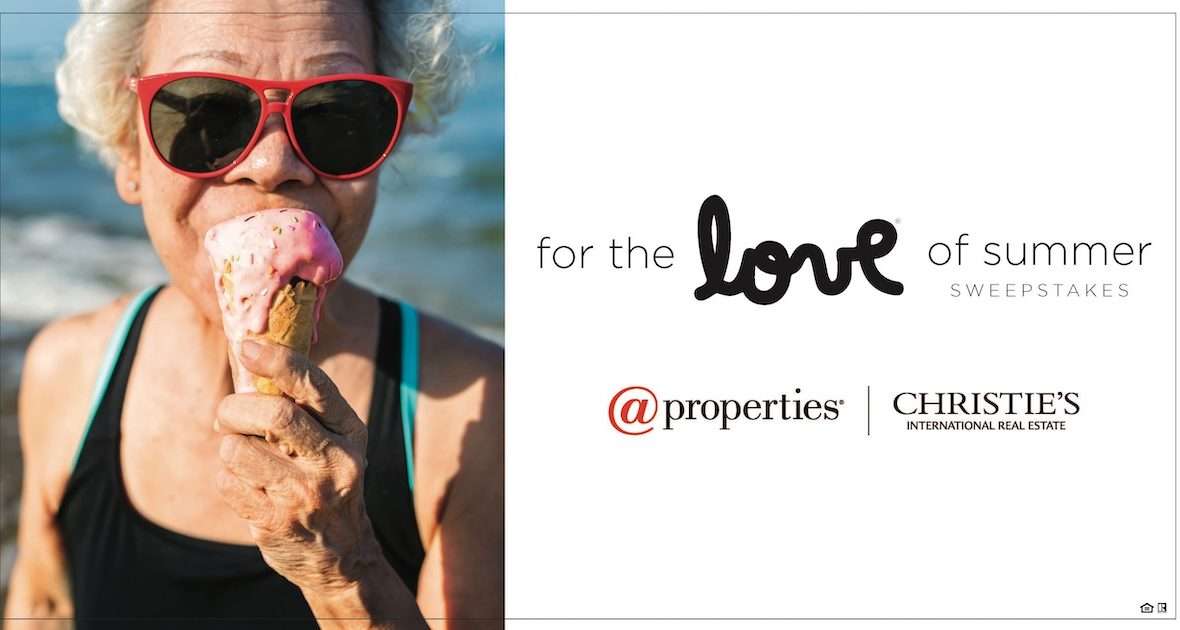 Relish today. Ketchup tomorrow! Get ready for the perfect way to upgrade your Summer BBQ season!

AGREEMENT TO THE OFFICIAL RULES: By participating in the Promotion, all entrants fully and unconditionally agree to and accept these Official Rules and the Sponsor’s decisions which are final and binding in all matters related to the Promotion. Winning a prize (described below) is contingent upon fulfilling all requirements set forth herein.

ELIGIBILITY. Individuals who reside in the fifty (50) United States or the District of Columbia and who are 18 years of age or older are eligible to enter.

ENTRY. During the Promotion Period, visit https://bit.ly/3viW9DP and complete the online entry form. All required fields must be completed. Incomplete submissions are void. No purchase is necessary. A purchase will not improve your chances of winning.

DRAWING. A random drawing will be held on or about 12 p.m. Central Daylight Time (“CDT”) on August 31st, 2022 (“the Draw Date”) at a location designated by Sponsor to select the potential prize winners from among all eligible entries received by Sponsor during the promotion period. Non-winning eligible entries will not be included in subsequent Drawings (if any). Potential winners will be notified by Sponsor by direct message within three (3) days after the weekly drawing and will be asked to provide his/her full name, shipping address, phone number and email address. In order to receive a direct message from Sponsor, you must be following @properties on Instagram.

If a potential winner cannot be reached within five (5) business days of the Draw Date then he/she will be disqualified and an alternate winner will be selected. The Sponsor will not be responsible for failed attempts to contact a selected entrant.

ODDS. Odds of winning depend on the total number of eligible entries received during each round of the Promotion Period.

LIMITATIONS ON PRIZE. Sponsor reserves the right to substitute a prize (or portions thereof) of equal or greater value if the prize (or portions thereof) cannot be awarded as described. Sponsor will determine all elements of the prize in its sole discretion. The prize may not be assigned, transferred, changed or redeemed for cash, except at the sole discretion of Sponsor.

THE PRIZE IS AWARDED “AS IS” WITH NO WARRANTY OR GUARANTEE EXPRESS OR IMPLIED. SPONSOR DISCLAIMS ALL AND ANY LIABILITY FOR THE ACTUAL PROVISION, QUALITY OR NATURE OF ANY THIRD PARTY PRODUCT OR SERVICE ACCEPTED BY THE WINNER.

The awarding of any prize is contingent upon full compliance with these Official Rules. Entrants understand that Sponsor is not liable for injuries, losses or damages of any kind arising from participation in this Promotion and acceptance, possession and use of prize. Sponsor is not responsible for any typographical or other error in the printing of the offer, administration of the Promotion or in the announcement of the prize. Decisions of Sponsor are final and binding in all respects.

DISPUTE RESOLUTION. Except where prohibited, by participating in this Promotion, entrants agree that: All issues and questions concerning the construction, validity, interpretation and enforceability of these Official Rules, or the rights and obligations of entrant(s) and Sponsor and its agents shall be governed by and construed exclusively in accordance with the laws of the State of Illinois without giving effect to any principles of conflicts of law of any jurisdiction. Entrant agrees that any action at law or in equity arising out of or relating to this Promotion, or awarding of the prizes, shall be filed only in the state or federal courts located in Chicago, Illinois and entrant hereby consents and submits to the personal jurisdiction of such courts for the purposes of litigating any such action. Except where prohibited, by participating in this Promotion, each entrant agrees that: (a) any and all disputes, claims, and causes of action arising out of or connected with this Promotion, or awarding of the prizes, shall be resolved individually, without resort to any form of class action; and (b) any and all claims, judgments and awards shall be limited to actual out-of-pocket costs incurred, including costs associated with participating in this Promotion but in no event attorneys’ fees; and (c) under no circumstances will any entrant be permitted to obtain awards for and hereby waives all rights to claim punitive, incidental and consequential damages and any other damages, other than for actual out-of-pocket expenses, and any and all rights to have damages multiplied or otherwise increased. Some jurisdictions do not allow the limitations or exclusion of liability for incidental or consequential damages, so the above may not apply to you.

RELEASE. By entering the Promotion and/or accepting any Prize, each entrant releases the Sponsor, Administrator, and their respective affiliates and related companies and each of their respective officers, members, managers, directors, employees, agents, and other representatives from any liability whatsoever for any claims, costs, injuries, losses, or damages of any kind arising out of or in connection with the Promotion, with the acceptance, possession or use of any Prize (including without limitation, claims, costs, injuries or losses related to personal injuries, death, damage to or destruction of property, rights of publicity or privacy, defamation or portrayal in a false light) subject to all federal, state, and local laws and regulations.

GENERAL. Sponsor reserves the right to disqualify any non-conforming entries. Sponsor further reserves the right, in its sole discretion, to cancel, terminate or modify this promotion if not capable of completion as planned, including infection by computer virus, technical corruption, non-authorized human intervention or force majeure. In the event of cancellation, Sponsor reserves the right to select winners from among all eligible entries received prior to date of cancellation. The use of automated entry systems or any other conduct that impedes the integrity of the Promotion is prohibited. In the event of a dispute regarding online entry, entry will be deemed made by the authorized account holder of an established e-mail account associated with the entry. “Authorized account holder” is defined as the natural person who is assigned to an email address by an Internet Access provider, online service provider, or other organization (e.g., business, educational institution, etc.) that is responsible for assigning e-mail addresses for the domain associated with the submitted email address.

Sponsor assumes no responsibility for entries it is unable to process due to network, hardware or other technical failures, or any other reason, or incomplete, damaged, misdirected, illegible, stolen or lost entries. Sponsor reserves the right, in its sole discretion to disqualify any person tampering with the entry process, the operation of the web site or otherwise, in violation of the rules. CAUTION: Any attempt by an entrant or any other individual to deliberately damage any web site or undermine the legitimate operation of the Promotion is a violation of criminal and civil laws and should such an attempt be made, sponsor reserves the right to seek damages from any such individual to the fullest extent permitted by law.

Except where prohibited by law: (i) entry constitutes permission and a license to use entrant’s submission on Sponsor’s web sites including third party social media web sites; and (ii) entry constitutes permission to use Winner’s name, hometown, voice, likeness, photograph and any statements regarding this Promotion for editorial, public relations, promotional and advertising purposes on behalf of Sponsor without compensation. Void where prohibited. For a list of winners’ names, available approximately two weeks after the respective Draw Date, send a separate, self-addressed, stamped envelope to @properties, 212 E. Ohio Street, Chicago, IL 60611, Attn: @properties’ For The Love Of Summer Promotion Winners. VT residents may omit return postage. Requests must be received no later than eight weeks after the close of the Promotion.

« Previous post
What to Know About Buying Down Your Interest Rate with Mortgage Points
Next post »
@ Loves Local: Eiffel Waffle