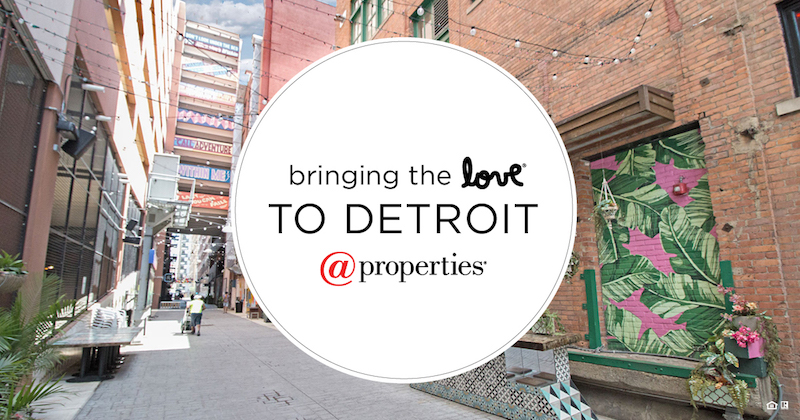 It’s official! @properties is now in Detroit with the announcement that Alexander Real Estate has signed on as the first @properties franchise in the country.

The news follows last September’s launch of @properties’ national franchise brand, a move that will eventually give homebuyers and sellers across the country access to the technology, marketing and services that made @properties one of the nation’s largest independent brokerage firms.

“As a company, we have ambitious goals, none more important than delivering the best client experience in our market,” said Walstrom. “We looked at a lot of different paths to take us where we want to go, and ultimately we decided @properties was the brand that would contribute the most to our success.”

“This is such a great fit both culturally and geographically. It’s the perfect team to carry the @properties brand into the Detroit market,” said Thad Wong, co-founder and co-CEO of @properties.

Walstrom and Irrer founded Alexander in 2016 in Royal Oak, a close-in suburb of Detroit. In 2018, they partnered with O’Laughlin to open the office in Midtown, where a massive redevelopment effort – driven largely by billionaire businessman and Detroit native, Dan Gilbert – was just getting underway.

Over the next three years, the company tripled its sales volume and became the No. 1 brokerage firm in the downtown market, as well as the city’s No. 1 broker for new-construction and adaptive-reuse developments.

“Detroit is hungry for something new,” said O’Laughlin. “There hasn’t been much in the way of tech innovation, and the larger players in the market don’t offer a cohesive brand experience. We see this as a huge opportunity.”