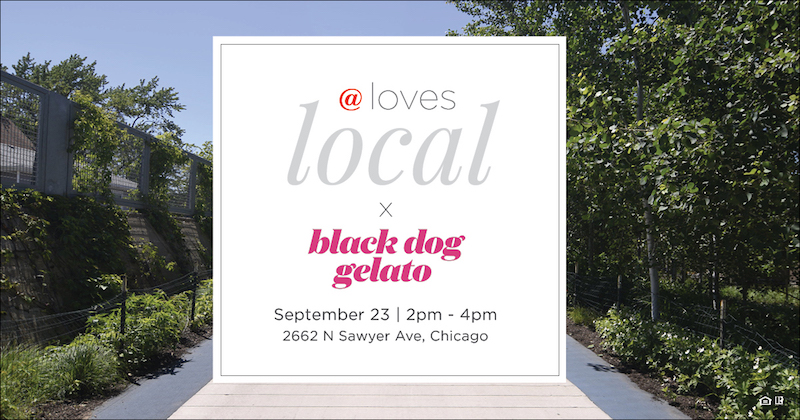 Our next @ Loves Local stop is Black Dog Gelato in Logan Square! Anyone else ready for delicious, Chicago-Style gelato? Owner and mastermind of Black Dog Gelato is Chef Jessica Oloroso, who has been putting her talents and knowledge into her own gelato creations for over 10 years.

Each month you’ll find a rotating menu of signature and specialty flavors that are sure to take your taste buds on a ride. While Chef Jessie concocts creations like Malted Vanilla Pretzel and Hazelnut Crunch, she takes it a step further by collaborating with Chicago restaurants and breweries for truly unique flavors. 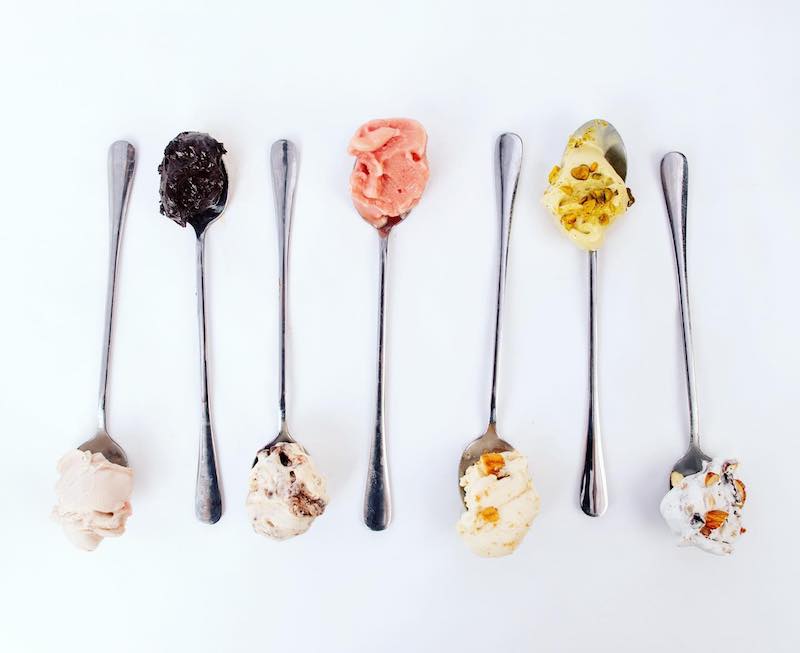 We were able to ask Chef Jessie questions about Black Dog Gelato, what Chicago-Style Gelato really is, and where she finds inspiration for her gelato flavors. She even shares her must-tries from the September menu.

@properties: What inspired you to open Black Dog Gelato?
Chef Jessie: My love of ice cream and the desire to build something.

@properties: Black Dog Gelato specializes in gelato, specifically Chicago Style Gelato. Can you explain what Chicago Style Gelato is?
Chef Jessie: It’s kind of something I made up to give my gelato a place in the world.   I modeled my base recipe after the northern style of gelato: with milk, cream, and eggs, which is much richer than the style you find in the central and southern regions of Italy.  Our gelato goes even further and has a higher fat content than traditional northern style, but not is still not as fatty as ice cream.

@properties: You have three Black Dog Gelato locations in different neighborhoods in Chicago. We’ll be visiting Logan Square’s location – was there anything in particular about this neighborhood that drew you to it?
Chef Jessie: My very first retail venture with Black Dog was at the Logan Square Farmer’s Market.  My future husband and I would sit in the tent with the black dog, sell gelato and eat food from the other vendors.  I have a lot of fond memories of those early times.  I had my eye on the Logan location back when I was scouting for the first shop, so when it became available, I couldn’t resist. 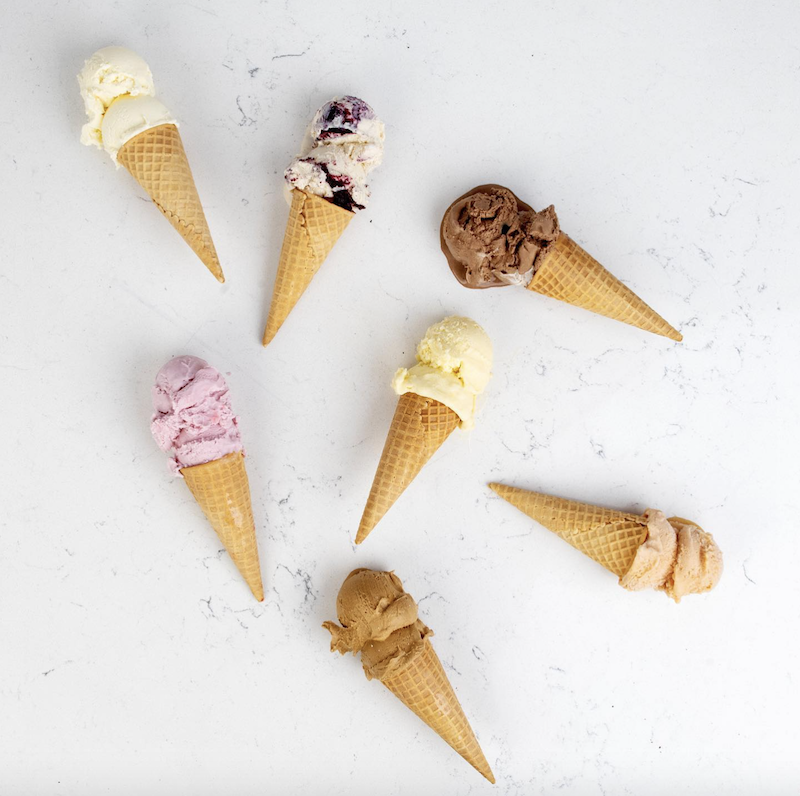 @properties: Black Dog Gelato has unique flavors incorporated on the menu. For September, we noticed you have flavors like Goat Cheese Cashew Caramel, Strawberry Balsamic, and Sangria Sorbet. When it comes to your flavor creations, what inspires you?
Chef Jessie: Inspiration comes when it’s least expected, and I’ve learned not to rush it.  Sometimes it starts with one ingredient and then develops into a larger flavor.  Sometimes I straight up copy something I experienced in a totally different form, like the Lula.  That flavor was inspired by the pasta YiaYia at Lula Cafe.  I took the main ingredients (brown butter, feta, and cinnamon) from that dish and reworked them into a gelato.

@properties: We love that you change your menu monthly – what a great way to experience new flavors! The September menu looks absolutely delicious. Which flavor is a must-try this month?
Chef Jessie: The September menu is somewhat of a nod to traditional Italian flavors, and they are all fun, simple and delicious. I would try the Hazelnut Crunch or the The Dairy Free Coconut Almond Chip.

Join us at Black Dog Gelato Wednesday, September 23rd, 2020 from 2pm CT – 4pm CT to pick up a scoop at Black Dog Gelato’s Logan Square location on the @tab*. Black Dog Gelato is located at 2662 N Sawyer Ave, Chicago, IL 60647. Be sure to follow @atproperties and @blackdoggelato on Instagram and use our hashtag #AtLovesLocal when you visit!

* Limit one scoop of single flavor cup/cone per person. When visiting, please respect others by wearing a mask and maintaining a 6-foot distance. 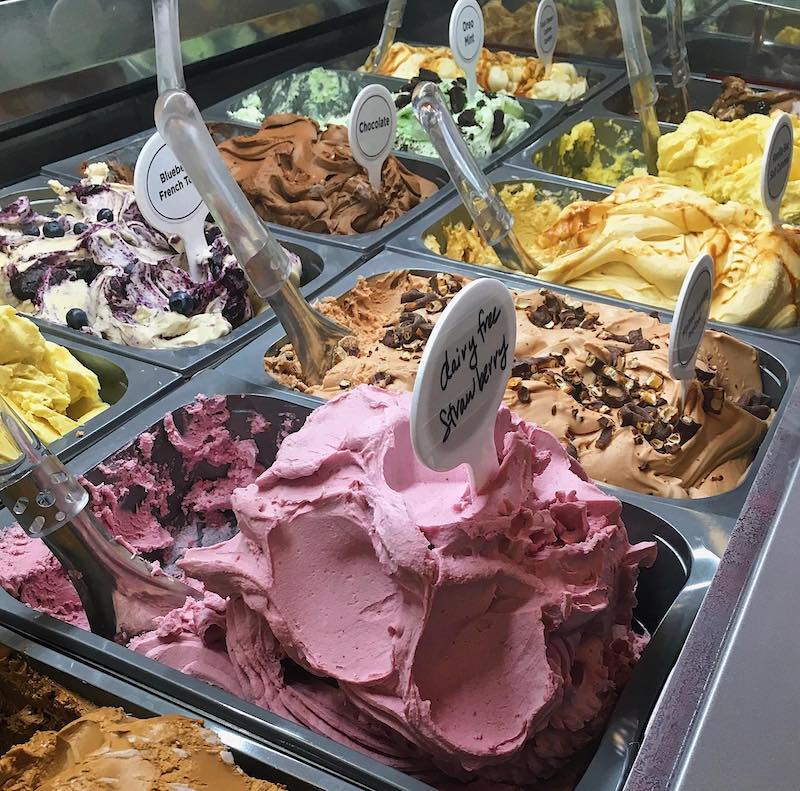