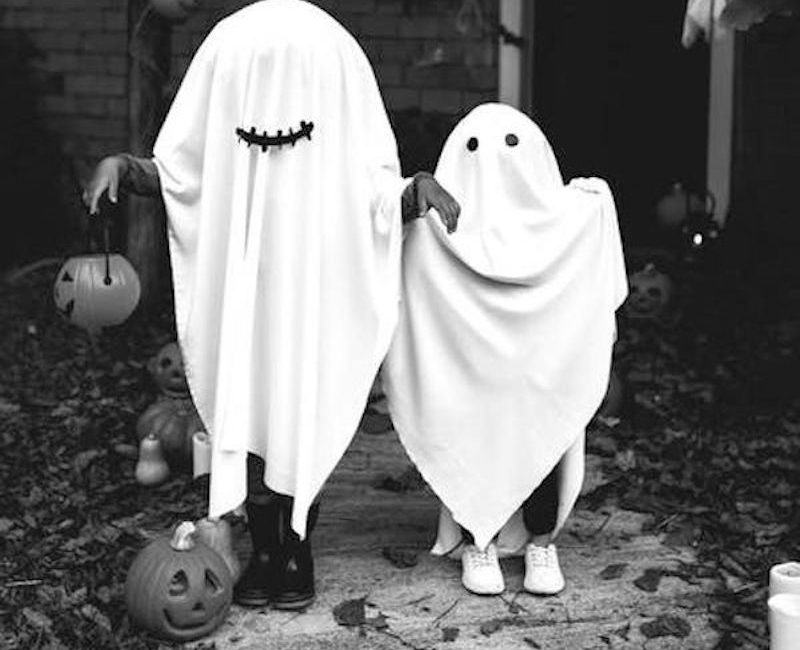 Buying or selling a home can be scary – but it doesn’t need to be. In the spirit of Halloween, we’re breaking down some of the scary real estate stories that can haunt buyers and sellers – and how you can avoid them.

The story – John is looking to buy a house, so his real estate agent sends him a new listing that checks all the boxes when it comes to features, location and price. The first thing he notices? Dark, out-of-focus photos that set the scene for the next Paranormal Activity movie. The house is everything John wants on paper but it doesn’t look very inviting – so he tells his agent he’s not interested in seeing it.

The reality – Listing photos are often the first thing a buyer will see, so you have to make them count. That means you want high-quality, professional photography that highlights your home’s standout features and makes buyers envision the lifestyle they could have there.

Pricing mistakes that scare off buyers

The story – Paul is selling his home and hoping to get $750,000 like his neighbor down the street. He knows his home is smaller and isn’t in the same condition as his neighbor’s, but figures there’s no harm in starting with an overly-ambitious asking price since he can always lower the price. Despite the true comps, Paul moves forward with this strategy and puts his home on the market for $750,000. Weeks go buy with hardly any traffic from buyers, and Paul falls into a dreaded trap – the price reduction trap.

The reality – If buyers perceive your home as overpriced right when it hits the market, you’ve already missed a huge opportunity. The next thing you know, traffic is going down and market time is going up – and ultimately the greater the perception that it’s overpriced. Proper pricing is crucial, so be sure to work with a broker to land on a list price that will get buyers through the door and not scare them off.

Showings that are anything but a treat

The story – Enticed by the listing photos, Julie goes to an open house for what she thinks might be her dream home. The second she walks through the door, she spots something slightly unusual – a black cat on the staircase. She tries her best to ignore it and proceeds to make her way through the house until something stops her dead in her tracks. Sure enough, it’s a litter box…right there in the family room.

The reality – Once you’ve captured the interest of buyers, the last thing you want to do is frighten them with a cluttered house or even worse, bad pet odors. It goes without saying – tidy up so buyers will have their full attention on your home and not the pile of dirty laundry you haven’t gotten to yet or the lingering smell of your four-legged friend.

The story – After weeks of house hunting, Megan finally finds the home that suits all of her needs. The property is new to the market and seems to be generating a lot of interest from buyers, so she tells her agent she would like to make an offer right away. Though her agent believes the home is priced accurately and advises making a more realistic offer, Megan decides to make a low-ball offer in hopes of negotiating the lowest possible price. The next day, she learns the seller has rejected her offer and accepted another one.

The reality – If you know there are likely to be multiple offers for a property, it’s best to come in with your strongest offer right off the bat as you may not have a second chance. In fact, if the seller is offended by your opening bid or has better offers on the table, they may just turn yours down instead of making a counteroffer. Your broker will advise you on the best strategy for each situation.

The story – James makes an offer on a home, and after some back and forth negotiations, he and the seller come to a verbal agreement on price. He submits the contract and waits for it to be signed and returned. A day goes by… then two. Then James gets the bad news. The seller has accepted another offer and he’s out of luck.

The reality – Sometimes buyers and sellers think they have a deal when they don’t. Under Illinois law, a contract is not legally binding until it’s in writing, signed by both parties, and delivered. Be extra vigilant and work with your broker to ensure that your offer or verbal agreement becomes a binding contract in a timely manner.

Written by Kelly Maguire
Kelly is the corporate communications manager for @properties.