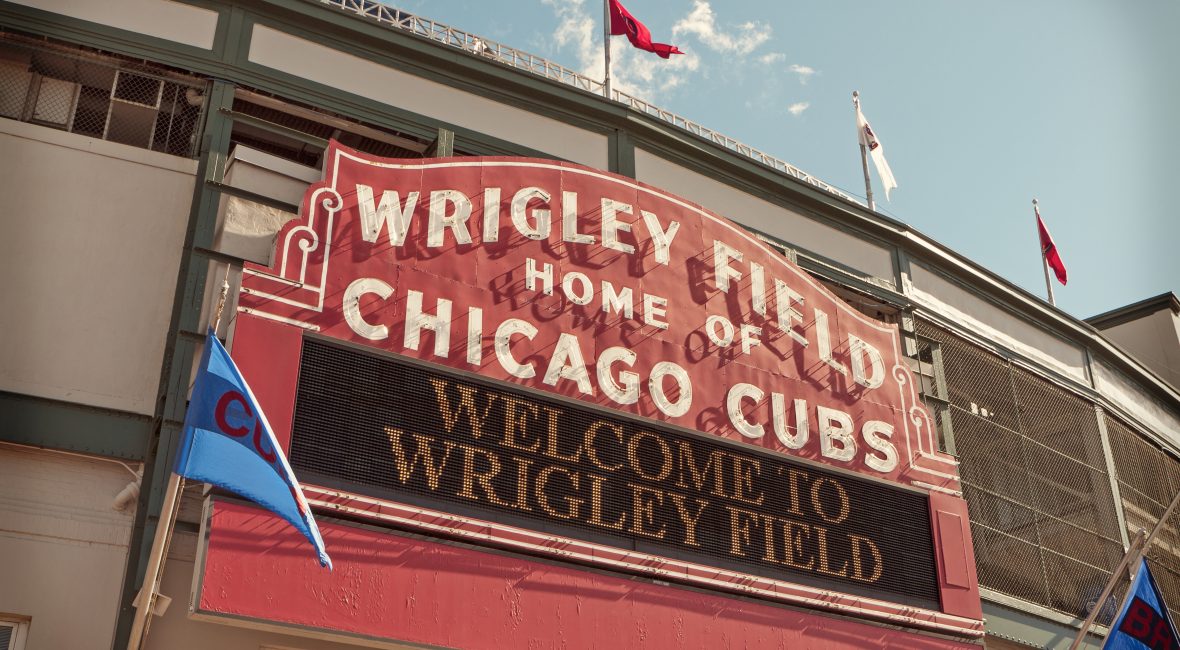 Every Chicagoan knows that there are only three places to watch baseball: at Wrigley Field, at Guaranteed Rate Stadium or at your favorite neighborhood sports bar alongside fellow fans.

When you live in Lakeview you have plenty of choices, whether you want to relax at your favorite neighborhood pub during the next away game or raise a glass of your favorite Goose Island brew to a W after your next afternoon at the friendly confines.

These neighborhood spots also happen to be perfect for visitors who want to complete their Cubs experience with a pint of 312 or a post-game pulled pork sandwich.

If you want to be walking distance from Wrigley Field but your palate desires something beyond Old Style and a ballpark hot dog, you should go to The Butcher’s Tap. With 100 beers on draft, this brewhouse serves upscale bar food: super creamy mac & cheese and big, fat, juicy hamburgers you’d expect.

Pair that menu with inexpensive drinks and bar specials, plus a location that’s walking distance from Wrigley Field, and you’ve got yourself one fabulous, albeit crowded Cubs bar.

On non-Cubs days, they do trivia nights and have other fun events, but home or away, every person cramming into that bar is there to support their team.

This is one loud, crazy Cubs bar that is a Chicago institution. If you live in Chicago, The Cubby Bear is almost like a rite of passage.

You’ll probably get a drink spilled on you (unless you’re the spiller) but you’ll almost definitely make new friends before the top of the fifth inning. Just across the street from Wrigley Field, and the energy at The Cubby Bear is like none other.

They serve inexpensive beer, Chicago-style hot dogs and garlic fries…because if you’re going to be unhealthy, you might as well go all-in.

The TVs are huge and seem to be everywhere, and there’s even a dance floor, in case you feel like dancing after every hit. If you’re looking for quiet and relaxation, The Cubby Bear is not going to check all of your boxes.

You love your Cubs…and your craft beers, too.

Guthrie’s Tavern has more than 70 craft brews to choose from and a simple food menu with two items: mozzarella sticks or pizza. If you’re in more of a burger mood, Guthrie’s will give you the menus to neighborhood restaurants that will deliver your fare of choice.

Guthrie’s is also known for its expansive board game collection — so it’s a great place to take your friend who isn’t a rapid sports fan but still likes to keep up with the home team.

It’s your neighborhood dive bar, taken up a notch.

On non-game days, Murphy’s Bleachers is your standard-issue sports bar.

On game days, it comes alive with Cubs fans cheering as if their volume will control the game’s result (and maybe they’re correct).

Murphy’s totally does right by Cubbies fans, serving ballpark-style food (think: traditional brats and onion rings) and $3 rotating canned beers. There is plenty of room for game-watchers to spread out, especially on summer days when weather permits opening their patio, too.

Bonus: they have plenty of Cubs memorabilia on the walls, which keeps the spirit alive on non-game days, so you can really take it all in.

If you plan on hanging out around Wrigley Field, you’re going to have to deal with the crowds. Luckily, Sheffield’s has so much square footage both indoors and outdoors that you’ll get some personal space no matter what.

Sheffield’s is well-known for its gourmet food menu, including an impressive weekend brunch. Try the fourteen-hour slow smoked pulled pork or the “Furious Irish” nachos — a bed of homemade potato chips piled high with cheese and bean dips, pulled chicken, guacamole and jalapeños.

In addition to over 100 beer offerings, there are plenty of wines, ciders and cocktails if you’re looking for something a little different.

It’s a traditional neighborhood pub in the center of Lakeview, so expect the bartender to learn your name pretty quickly.

Only walking distance from Wrigley field, The Graystone Tavern boasts more than 40 beers and ciders, along with craft cocktails and some of the best chicken tenders you’ll find in Chicago. The Graystone has fantastic specials and the bar gets pretty packed on Wednesdays for $2 taco nights.