Best places to grab a sandwich in Lincoln Park 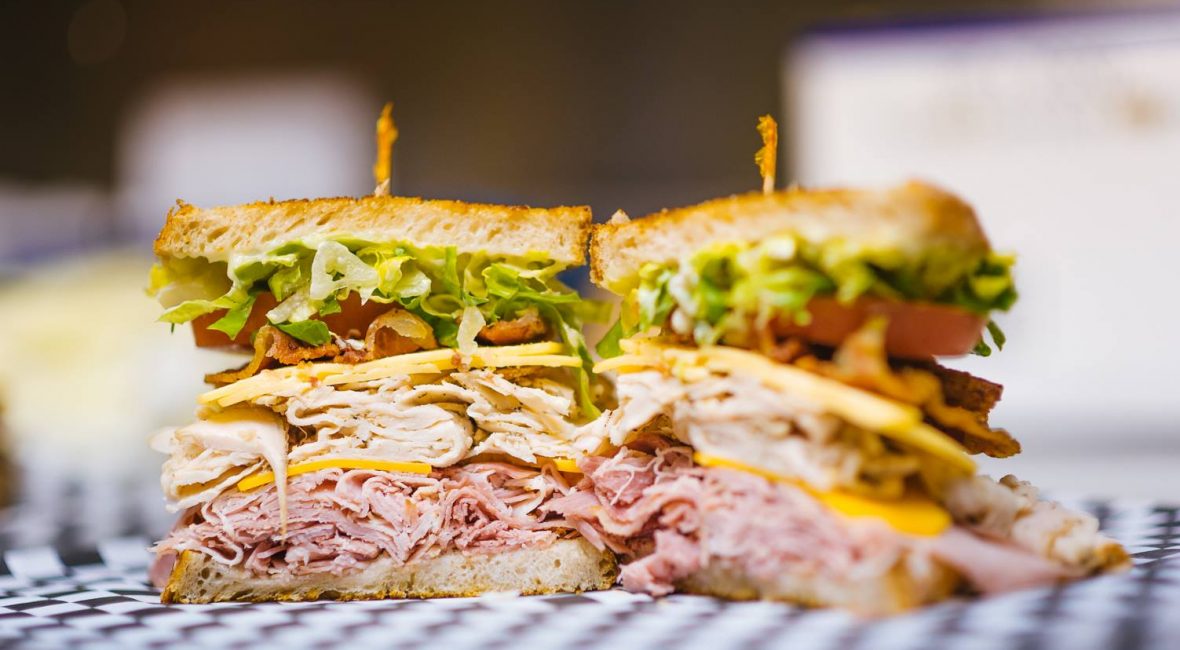 Lincoln Park’s dining scene is an embarrassment of riches, with Michelin-starred restaurants, longstanding neighborhood gems, and date spots aplenty. But sometimes you just want to grab a sandwich. And you need it to be delicious.

You’re in luck, because we’ve compiled the best options around. They range from super-affordable to upscale, traditional to ethnic—and a few come from some unexpected places.

During lunch, there’s counter service on the first floor, meaning you can nab a turkey sandwich with apple-bell pepper jam on the fly.

Blue Door caters to vegetarians, with options like a gussied up grilled cheese with fig preserves, goat cheese, swiss, and gruyere.

From the throngs of DePaul students camped out with textbooks to the chessboards and jazz tunes, an intellectual theme extends through this multilevel, Euro-style café.

Even the sandwiches follow suit, sporting names like the Hamlet (smoked ham and brie) and the Great Gatsby (a mammoth of a turkey club).

Here, sandwich bread takes a backseat to the humble bagel, which this hopping little joint has famously steamed onsite for 20 years.

Steaming yields a softer bagel than its boiled counterparts, and fittingly, offerings are dubbed “steamwiches.”

The options are dizzying, with over 100 on offer. Roast beef, chicken, tuna, meatballs, ham, corned beef, bacon; they’re all there—and there doesn’t seem to be a dud in the bunch.

Milwaukee’s favorite roaster recently expanded south of the border, and brought with it the brand’s roster of signature sandwiches.

Offerings run the gamut from chipotle chicken breast to an avocado-topped BLT—and include a handful of options for kids.

It’s somewhat cramped quarters inside, but a sprawling outdoor space (that’s enclosed in winter) is a prime spot to watch Clark Street passersby.

Should you find yourself near the park proper, you can more than satisfy your sandwich desires (and your Instagram followers) at Hotel Lincoln’s chic jewel box of a café.

Options are few but fabulous, and include the archetypal turkey club and a PB&J riff with house-made pecan butter and fruit preserves.

Some of the best bread in the city comes out of the ovens of this airy, bi-level bakery, so it’s only fitting that some of the tastiest sandwiches hail from here, too.

Sure, the locations of this international chain now number in the four-hundreds, but your Wreck (for the uninitiated: salami, roast beef, turkey, smoked ham, and melted Swiss) will undoubtedly taste best here, the very location where it all began way back in 1977.

It’s not tough to figure out what gets top billing here; the namesake item appears in more than a dozen variations.

Nearly all ingredients are locally sourced, and between-the-bread offerings include house-cured ham, veggies from nearby farms, and 16-hour brisket that’s smoked in-house.

Sultan’s may not serve sandwiches in the traditional sense, but this longstanding Middle Eastern market and deli stuffs some pretty delicious things into sliced pita.

You can try the much-loved falafel in sandwich form, or opt for lamb or chicken shawarma sliced fresh off the spit. And if you can resist the shelves of sweet treats and tasty condiments, you can expect to score lunch for less than $10.

Written by Carly Boers
Carly Boers is a freelance lifestyle and food journalist whose work appears regularly in Chicago magazine. She lives in (and loves) Logan Square.

« Previous post
Agent Spotlight: Carrie McCormick
Next post »
How to use social media to market your home