The Local: Theater in Chicago’s Neighborhoods 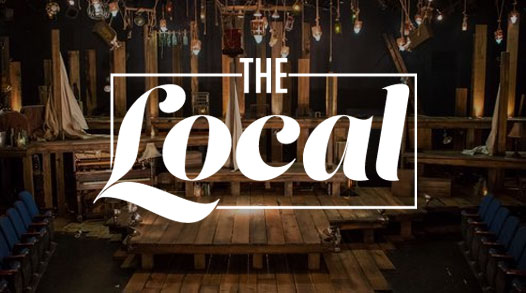 You likely know about the big venues: Steppenwolf, Oriental, Lookingglass, Goodman, Victory Gardens, Second City, Cadillac Palace. But did you know Chicago also sports one of the largest concentrations of neighborhood theaters of any major metropolitan city in the U.S.? There are more than 200 theaters around the city and in the suburbs that support a varied community of theatergoers. Whether musicals or dramas, storefront spaces or thousand-seat auditoriums, Chicago has incredible theater.

For this installment of The Local, we visit three theater groups around the city: Remy Bumppo in Lincoln Park, Lifeline Theatre in Rogers Park and Writers Theater in Glencoe on the North Shore. All three have won many awards and have had shows go on to play in cities around the world. Are you in the mood for a little theater?

Remy Bumppo was founded nearly two decades ago. They perform out of the Greenhouse Theater Company (2257 N. Lincoln) and are part of a strong community of theater groups in the area like Steppenwolf, Royal George, Victory Gardens, Apollo, American Blues Theater, Waltzing Mechanics and more. Remy Bumppo, an ensemble-based company, puts on shows that spark a dialogue. They pick works by seminal playwrights like Tom Stoppard, Edward Albee and Noel Coward. The performances are always intimate and there’s not a bad seat in the house. With a few productions a year, you can always see quality theater and then hit the neighborhood for a bite to eat at Simply It for Vietnamese, Aquitaine for French or De Quay for Dutch-inspired Indonesian. Or stop by one of the many sports bars along Lincoln Avenue. If you’re feeling like something more upscale, head over to Halsted Street to Boka, Summer House, Balena or Alinea. The theater is in the heart of Lincoln Park so you have access to so many places nearby (including the Zoo!) and if you live there, you can easily walk on over.

As an anchor of the Glenwood Avenue Arts District, Lifeline Theatre (6912 N. Glenwood) is deeply immersed in its community. The team feeds off the cultural diversity in the neighborhood and the theater group has helped clean up, build out and put a spotlight on the ever-growing community in Rogers Park. Each year, Lifeline teams with other theaters, galleries, restaurants and bars in the area like Mayne Stage, Bohemian Theater Ensemble, Heartland Café, Northside Dance Theater, Rogers Park Social and Red Line Tap to put on the Glenwood Ave. Arts Fest, a three-day summertime celebration of all things Rogers Park. With 140 artists, 40 bands, numerous restaurants and more, the festival showcases the cultural and culinary happenings in the area. The rest of the year, Lifeline draws people from all over the greater Chicago area (and beyond) for original plays based on great literary works for adults and kids (they put on different series for both groups all year). When you go, you can expect to see plays like “Midnight Cowboy,” “Jane Eyre” and “Miss Buncle’s Book” for adults and “The Velveteen Rabbit” and “Mr. Popper’s Penguins” for children.

Check out the Lifeline Theatre at www.lifelinetheatre.com.

After 20 years performing in the back of Books on Vernon, the award-winning Writers Theatre is getting a stunning, world-class theater building of its own — and it’s being designed by one of the world’s foremost architects: Jeanne Gang of Chicago’s Studio Gang. The new theater is set to open in early 2016 after a $34 million dollar campaign and will showcase a building that blends with the surrounding nature to feature wooded views, streaming light, outdoor terraces and landscaped roof gardens. Patrons will enjoy shows in either the 250-seat main theater or the 50- to 99-seat theater space that is reflective of its current setting at Books on Vernon. Writers Theater performs to 35,000 people each season with classic works like “A Minister’s Wife,” “A Streetcar Named Desire,” “Marjorie Prime” and “Company.” The other benefit of seeing theater in Glencoe is the ability to dine at places like Guildhall or visit Botanic Gardens before the show.